There is a part of psychology that studies the differences between individuals, with the intention of being able to understand better what happens to us, why it happens to us and, above all, how behavior and thought patterns can be modified, when they harm us.

This area is called differential psychology and many variables are studied in it. We can apply some of them to understand better talent development and how to respect, intervene, or accompany during these processes, inside and outside training and competition.

One of the huge handicaps in team sports is having to develop and train athletes who constantly meet at different times from each other. And although the sport is individual, it is important to know where our athlete is, to train him/her correctly.

The ones left behind

We are going to differentiate between 3 concepts, which can explain the difficulties in the development of an athlete, and that require a different intervention.

In this case, some aspect evolves more slowly or later. For example, you can have a maturational delay that influences growth. There are athletes who grow later.

⭕ The mistake we usually make: Take away opportunities because at a specific moment they do not give performance.

⚙ Proposal / Solution: If the delay is controlled (that means, if what we expect will come), be patient, work while other aspects that may be useful, and does not deprive him/her of opportunities, finding favorable environments where you can develop him/her as an athlete.

This athlete is missing something (or several). Some deficits can be worked on, for example, a coordination deficit, a deficit of strength or not reading/understanding the spaces to be occupied in the field/court, a deficit of confidence, self-esteem, etc. Other deficits are simply structural and we cannot influence them such as increasing the wingspan.

There may be intermediate situations and it is not always so simple, for example: “This one does not have enough level.” What is missing can you get it? And in how long? What does the player need? Is the player aware of this? He/she cannot do it or does not want to? What is the price/effort to pay? Do you trust him/her? Is his/her deficit because it has reached its limits or is it yours because you do not know how to teach it better? Etc.

⭕ The mistake we usually make: Not detecting deficits, not giving them importance until it is too late and there is no margin or until a serious problem appears, such as an injury.

A disorder is simply a change or alteration that creates an imbalance, and this imbalance interfere in other processes. For example, an athlete may have an attention disorder that can cause difficulties in reading tactical situations. Another player, could have an eating disorder, which influences his/her health and performance, however, just seeing what happens on the field/court, we do not understand what the problem is.

⭕ The mistake we usually make: As it is not my area, I do not implicate myself.

⚙ Proposal / Solution: Understand that an athlete is a person, not a machine to receive instructions and execute them. Delegating and asking for outside help when necessary.

Those who stand out ahead

We are wrong when we put everyone in the same bag. Within this group there are also differences. We are going to see 4 different situations, not to classify athletes, but to understand what they need at each moment:

These athletes have some qualities above the average or what would be usual. In some areas they are exceptional. Examples: an incredible physique, a special game vision, an exquisit aim, etc.

➜ How to help them: Being exceptional in something does not mean that you are excellent in everything. Do not overvalue him/her. Stimulate his/her ability to keep improving. Do not make him depend exclusively on his/her strongest point and give him/her more additional resources.

It is applied to young players and teenagers with abilities superior to what would be usual for their age. Examples: “The pearl of the next gen”, “He/She is the future”, “A star is born” (if I write one more, I will vomit).

➜ How to help them: Understand that their value is relative (compared to their age), not in absolute terms (compared with everybody). That it stands out in his/her context does not mean that it will do so later. Do not fool yourself and do not cheat on him/her. Work to not only stand out in relative value, but someday in absolute value too.

This athlete has developed a specific skill to an exquisite level. Examples: It comes out on its own, fluid, almost effortless, makes it very easy, etc.

This profile is very similar to the talented, but in addition to having a very high specific ability, it demonstrates a high level of creativity. Examples: “How have you done that if no one has taught it to you, or seen anyone do it?”.

➜ How to help them: Obviously, this is the best group. They are capable of changing the game, but they will not do it if they are poorly advised, if they do not surround themselves with the right people and environment. They must be helped to keep their feet on the ground and stimulate their humility, work capacity and ambition.

These four profiles stand out ahead, but it is clear that they are different profiles. But let’s go further. Performance is complex, as we said. No one says that one of these four profiles has not been able to have a delay, a deficit or a disorder at any time. Being in one group does not exclude you from another. They are different stages of a multifactorial and non-linear process.

What would have happened if Leo Messi had not corrected the growth hormone deficiency that limited his development? What we would have missed…

The goal is not to find the next Leo Messi, but to understand how you can help those in front of you today. 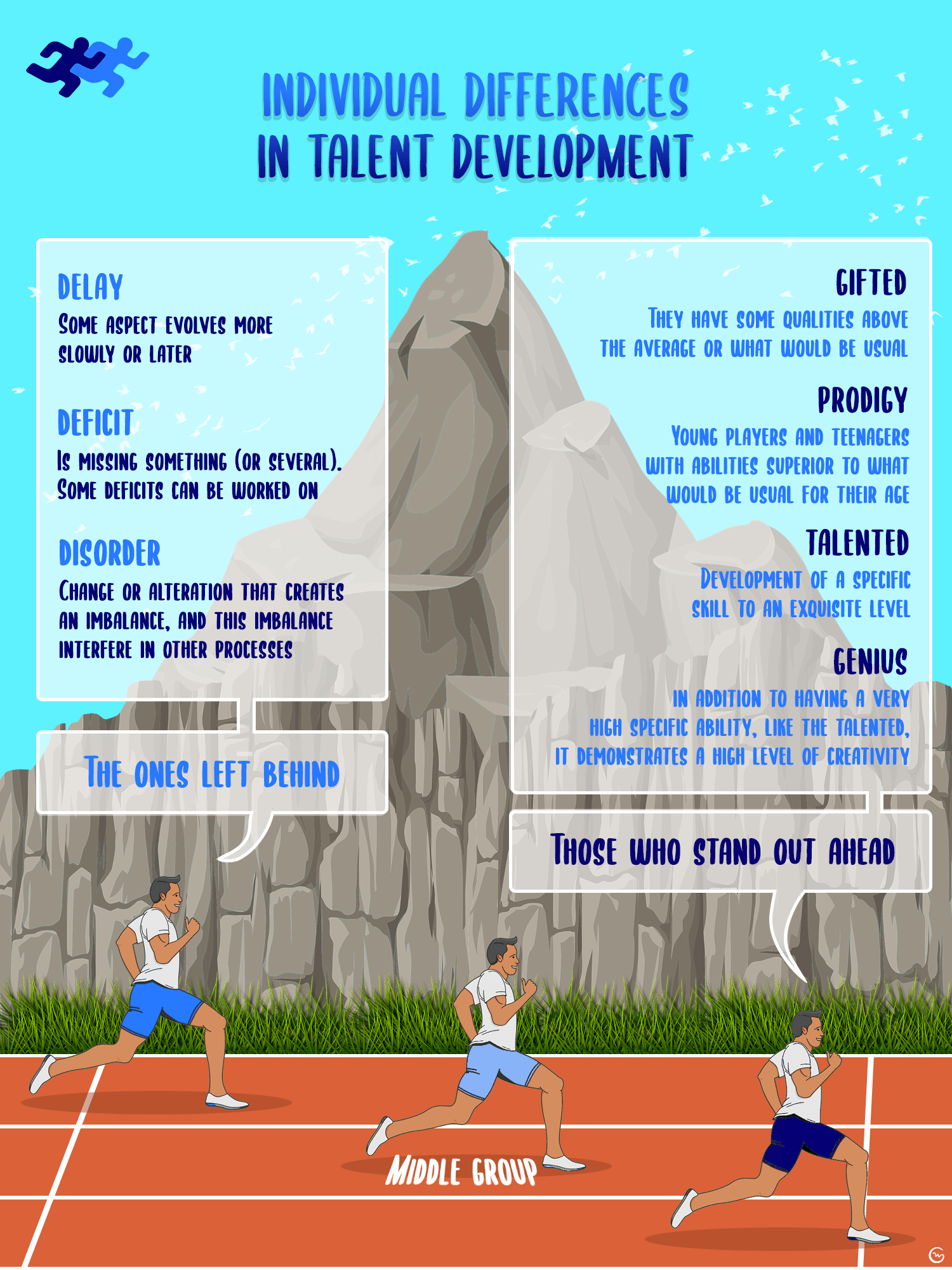 A free guide to help you reach your goals by training meaningfully, measuring your progress and keeping your motivation high. 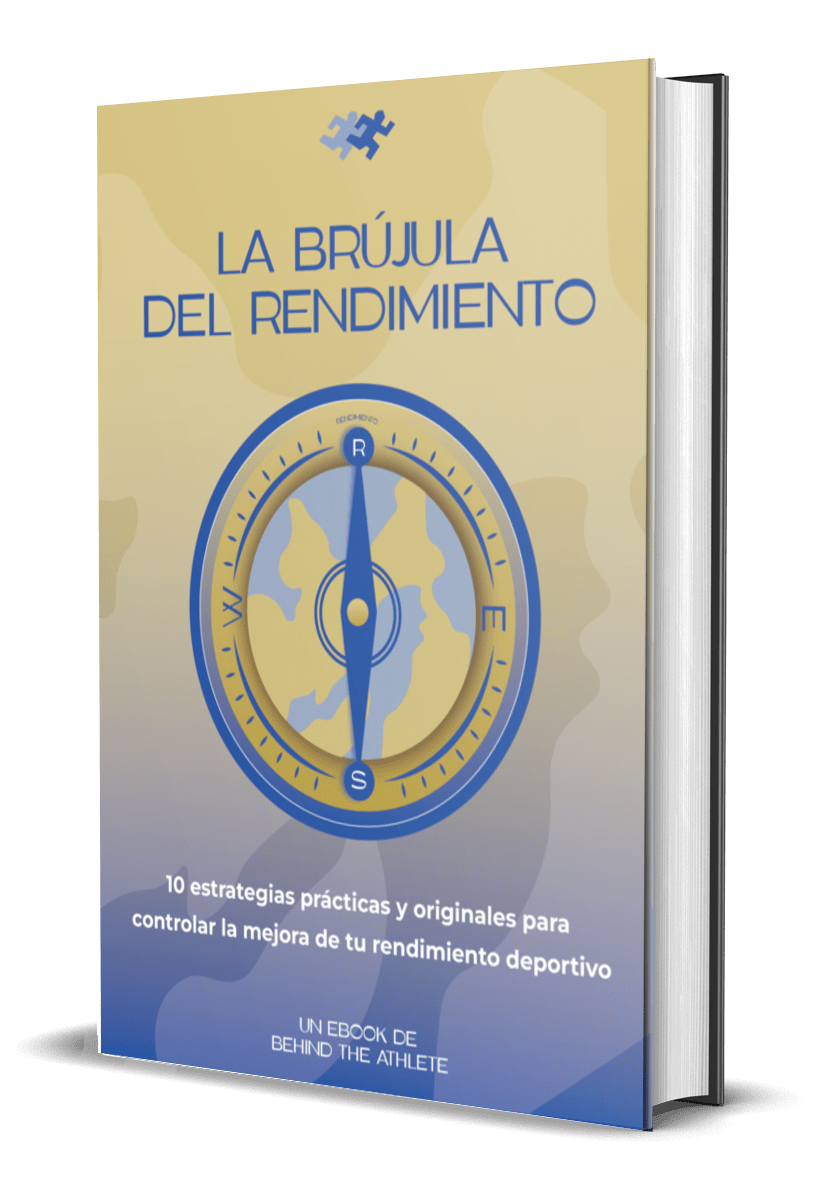